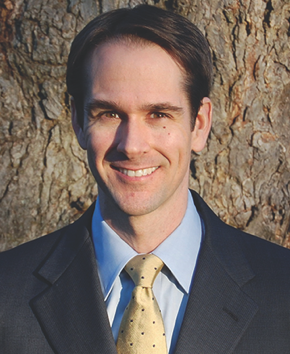 Terrence Blackburne explains, barest bones, his research: “I am interested in how information affects business decisions,” said the assistant professor of accounting. And he’s compiled a massive new trove of Securities and Exchange Commission data to see what he might find.

Utilizing the U.S. Freedom of Information Act, Blackburne and his research partners acquired access to all SEC investigations – non-public data on thousands of cases between 2000 and 2017.

Typically, says Blackburne, the news about a company under SEC investigation is kept quiet from public investors; there’s no requirement to disclose it publicly. Only insiders, such as SEC staff, high-level company managers and their counsel know about the review.

Ethically, managers of publicly listed companies have a duty to disclose material information to shareholders, Blackburne explains, yet the word ‘material’ is rather vague, especially considering that the majority of SEC investigations do not uncover any wrong-doing.

On one hand, a disclosure would suggest that the investigation will result in some sort of sanction when, in fact, it might not. On the other, Blackburne finds that managers of firms that have engaged in misconduct are significantly more likely to sell their company shares and profit early at the expense of less-informed shareholders.

Blackburne’s work uncovered that insiders are indeed trading and avoiding roughly 10% of losses in conjunction with these non-public investigations.

The findings of “Undisclosed SEC Investigations” are published in Management Science, but Blackburne shares an example here:

“An extreme case reveals an executive who sold around $185 million of stock within the first two weeks after the SEC began its investigation,” he said. “By the time the investigation was disclosed nearly three years later, that stock had lost over $175 million in value.”

Additional research with the same data set, "Information ﬂows among rivals and corporate investment" published in the Journal of Financial Economics last fall, had some surprising results as well.

Here Blackburne’s research took on the common belief that publicly-filed SEC documents disclose too much information to potential competitors, and that greater secrecy would enhance corporate innovation.

“Our results suggest the opposite,” he said. “Firms collecting more information from their competitors are more likely to innovate and differentiate in their product space. While the evidence isn’t conclusive, it suggests that transparency actually enhances innovation.”

Blackburne found that firms used the information about competitors to enter new markets, but not mimic their competitors. Instead they use this information to further differentiate themselves from competitors.

Blackburne is pleased that the new access to high-quality financial data, so far, continues to advance the case for transparency of financial data, and he’s excited for what he might distill next.