For more than 15 years, the College of Business has honored its alumni for their service and dedication to the college, the community and our students. Please read on for the stories about our 2017 winners. 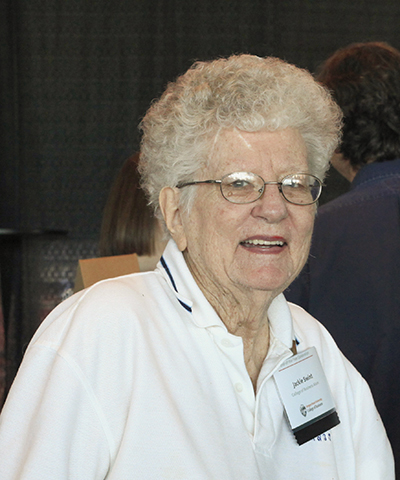 Jackie Swint, ’51, served her country as a career foreign service secretary for the U.S. Department of State. Swint joins Al Reser, Ken Thrasher and Patty Bedient as a recipient of the college’s highest honor.

Jackie traveled the world and worked in eight countries, eventually publishing a collection of stories about her adventures titled “Who Was That Man?” Swint established an endowed College of Business scholarship which supports four women each year, entrusting her entire estate to this endowment.

Jackie is unmarried and has no children; she re-engaged with OSU to talk about opportunities to give back to her alma mater beyond her established scholarship for women in the College of Business. For nearly a decade Jackie has met with her scholarship students, hosting them for dinner at a local Thai restaurant in Portland. She talks about her Foreign Service stint in Thailand and wishes the female students best of luck on their endeavors.

Jackie cannot travel much to Corvallis any more, but we are delighted that she could join us to receive her award this year.

She comments that she was one of the only girls in school in the 1950s and certainly used her college degree in her professional career. This is her first award from the College of Business and OSU. 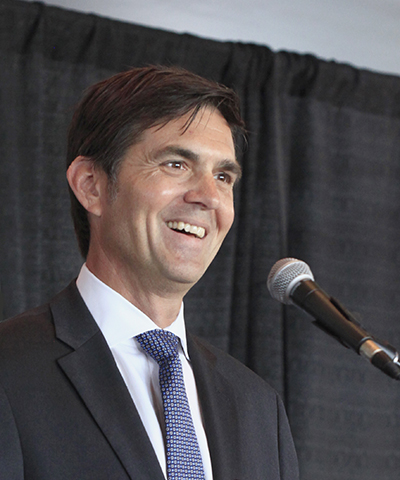 Ted has involved OSU and Mercury Insurance by providing internships and entry level jobs to students at their Pasadena office.

Ted joined the OSU Finance Advisory Council in 2014. Ted has made gifts to support Austin Hall, the First Year Experience Fund and the Finance Unrestricted Fund. Ted also has spearheaded the concept of alumni involvement in student recruitment and remains and active partner with the OSU recruiting team. 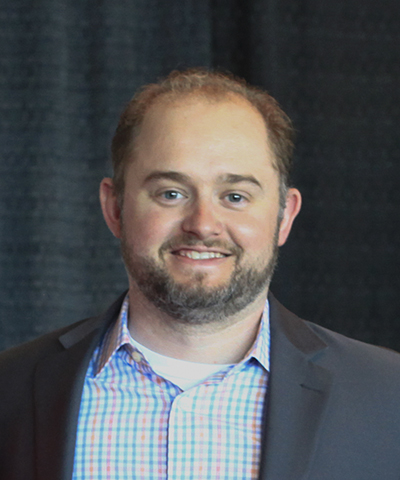 Mr. Hildebrandt is the director of finance and controller at Simple, an online-only direct bank based out of Portland, Oregon. Previously, Mr. Hildebrandt was a senior manager at KPMG.

Tim was honored with the College of Business Weatherford Award in May 2015. Also in May 2015, he re-joined the CoB Accounting Advisory Circle, on which he had previously served from 2010-2012. He has been active at OSU events in Portland and attended welcome reception for Dean Montoya hosted by Robert Zagunis in December 2015.

Over the past 5 years Tim’s involvement and philanthropy as increased not only to support accounting but also the Dean’s Fund for Excellence. He will be participating in a Friday in Austin for the accounting theme in Winter 2017.

Tim earned his B.S. in business administration from OSU in 2006.

‹ College of Business Rankings on the Rise, Global No. 1 for Accounting Research up College sets itself apart with supply chain MBA ›