His People of Colour clothing brand makes challenging and provocative statements about race and privilege in the U.S.

Darius Northern never meant to start a clothing company, at least not at first.

The 2018 public health and College of Business Launch Academy alumnus made his first t-shirt, which said, “Black & Brown bodies make up 30% of the U.S. population, yet they account for 60% of the Incarcerated Population. Coincidence?” as a one-off.

Northern was feeling isolated as a Black student at Oregon State, and feeling the brunt of subtle (and sometimes not-so-subtle) incidents of bias on campus and elsewhere. And he was trying to make a statement.

But after a friend asked for a shirt, and that friend posted it to Instagram, demand soared, and the People of Colour clothing brand was born.

In 2020 Northern is all-in on his brand, his message and creating awareness. He has a staff; growing sales; and the phrases he prints on his shirts and hoodies, like “Immigration is Beautiful,” “White Fear is the Biggest Threat to My Existence,” and “There is Nothing Minor About Us,” are more relevant than ever.

Here, we speak to Northern about what motivated him to start People of Colour (POC), why he gives back to the College of Business, and how his brand is doing today.

What brought you to Oregon State?

I’m originally from Nashville, TN. I moved to Oregon to get out of my comfort zone and discover myself. I also thought it would be an inclusive haven, and thought, ‘This is the first time I can have a break from being black.’

And that was not the case?

In Oregon bias is more covert than in the South. There are subtle, small bites that you might not feel until it’s too late. Those moments are annoying and uncomfortable but those are the moments that inspired the brand.

Launch Academy humbled me a bit. It made me get into the details of my business and made me more cerebral about my approach. It helped me develop a business that was my plan A, B and C, and gave me the idea for a crowdfunding campaign to really get it started.

What has compelled you to give back to the College of Business via volunteering?

It’s important to see someone who sat in the same seat as you doing something they love. Having the opportunity to share knowledge, pitfalls, successes and lessons learned is beneficial to young entrepreneurs.

What are some of the most important things you tell students when you’re volunteering, or anyone else who asks for your advice?

Where do you get your inspiration for what your shirts say?

Every piece of content has a story attached. I have these moments when I’m thinking after a conversation I had, or I’m riding my bike or just chilling. All of a sudden it’s like a sentence or a phrase just happens. Then it’s a team effort. I filter my ideas through my friends and my incredible team of people. They let me know I’m on the right path.

I realized you can be an alarm clock in a community. You don’t have to raise your voice. You can stand in a line, or be here or there and your shirt is going to do the talking for you. You can say something without saying a word.

How has business been so far, especially in the past four months?

When COVID first hit things were rocky. But I wanted to continue to be a voice for people through fashion. I buckled down and invested what I had into the brand. June has been absolutely incredible. Last month I made my desired monthly amount by June 2. It’s a testament to staying my course and continuing to improve.

Is it frustrating or gratifying that many of the messages you’ve been working with for years are finally getting attention?

In the beginning I had more support from strangers than people close to me. It was frustrating But I stayed true to my process and now friends are telling me, ‘Now I get what Darius has been saying.’ Some of the more controversial messages are now getting people’s attention.

On your Instagram, you were urging friends and followers to ‘lock in and develop your passion.’ Why do you think that’s especially important now?

I think now more than ever it’s time to lock-in. The distractions are minimized. You’re at home, or you’re supposed to be. Why not write that script? Why not record that song you wanted to record? Write out that business plan. Stick to your own script, embrace your challenges and watch yourself flourish.

To learn more about People of Colour clothing, visit: https://www.peopleofcolourclothing.com 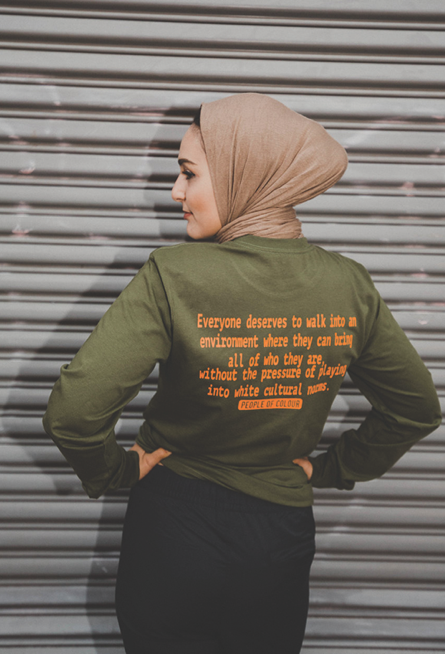 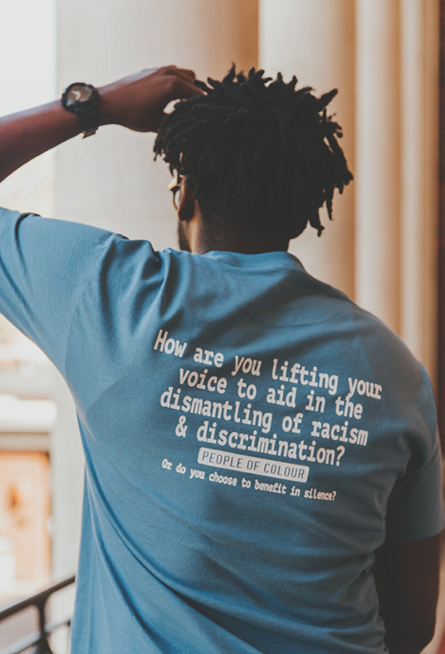 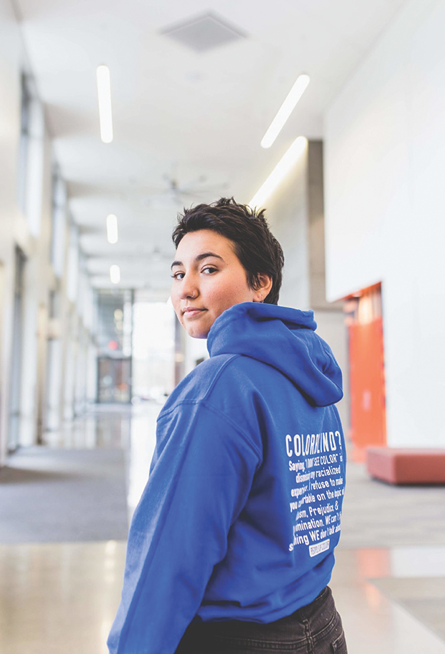