The Austin family has been inseparably linked to the family business program at OSU since the moment of the program’s inception. It’s a relationship that continues strong to this day. Here are a few milestone events in the long and storied history between the family and the program.

1984 – Ken and Joan Austin, co-founders of dental manufacturing giant A-dec Inc., meet the Dean of the College of Business, Lynn Spruill, at a University event. The couple tells Dean Spruill about a series of family business seminars they have attended run by scholar Leon Danco. Impressed by what they have learned, Joan Austin suggests that OSU look into starting a family business program to serve local family firms.

1985 – With seed money provided by the Austin family, Dean Spruill tasks Pat Frishkoff, accounting professor at OSU, to launch a family business program. The program is only the second of its kind in the world to be established. Scott Parrish, second generation family member and future CEO, joins A-dec.

1994 – Impressed with the development and progress of the family business program over the previous nine years, Ken and Joan Austin provide an endowment and the program is officially renamed to the “Austin Family Business Program.”

2007 – Scott Parrish assumes the role of CEO and President of A-dec, completing the succession from founding to second generation of family for the 43 year-old company.

2014 – The new home for the College of Business opens on campus. Named for the Austin family, Austin Hall is a 100,000 square foot state-of-the-art facility and new home to the Austin Family Business Program.

Scott has served as President & CEO of A-dec since 2007. He is the son-in-law of Ken and Joan Austin and is one of three members of the second generation of family. He has been with the firm since 1985 and has overseen creation of several major product lines. Scott holds a degree in Business Marketing from Oregon State University and is a member of the Oregon Business council, and is Chair Elect of Oregon Business Industry.

What family business book do you recommend most often?

When I went into product development, which was basically where my father-in-law lived, I went down to Stanford and took a two week course. There were two books that were instrumental in helping me because I am the second generation; “Power Up” and “Built to Last.” Both talked about how you succeed in a family business in the product development area. They really helped me understand how I would succeed after a very successful first generation entrepreneur.

Where was your last family vacation destination?

The last family vacation was half work half vacation. Every year the family goes to a place in which the whole family/relatives who are in the business are invited. This year it was Jackson Hole. It was a lot of fun. We had a couple of great speakers come in, and then we went river rafting and did some other fun activities.

What do you hope for your legacy?

For a long time my legacy was to be the second generation that carried this business on and make it to the third generation. I think we are getting there as Ken gets into his senior years. We are setting up a foundation and the focus area is going to be education. We’ll improve the level of education locally which in turn will benefit our employees as well as their children. We will expand that as we move forward. It’s very exciting and a piece of where I want to take my energy as I wean myself away from A-dec. 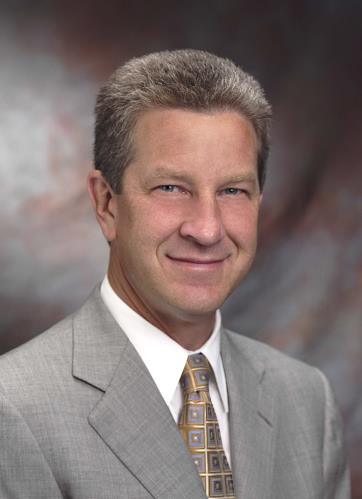