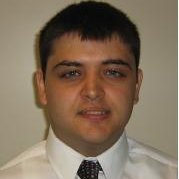 Having spent his youth in Salem building computers and providing technical support for a variety of family members, and even their companies, Adam Nasset arrived at Oregon State in fall 2002 planning to study engineering and computer science.

But when he began his studies, he realized what he really wanted to do was take his technical background and give it a business focus.

“It definitely set me up well,” said the 2007 COB graduate, who began his latest job April 13, doing IT security and compliance work for The Standard Insurance. “The curriculum is set up well for work, and getting sponsored by ISACA was a good move.”

The College of Business is one of just 10 business schools in the United States endorsed by the Information Systems Audit and Control Association, which means that OSU students who double major in BIS and Accounting receive a full year off the five years of work experience required to receive ISACA’s Certified Information Systems Auditor designation.

The designation, held by Nasset, is a globally recognized certification that verifies expertise in information systems audit control, assurance and security. It’s based on education, experience and an exam.

After graduating from OSU, Nasset went to work in an IT advisory capacity for KPMG. After more than four years there, he became a technology auditor for Umpqua Bank, and he spent two years with Umpqua before accepting the IT security and compliance position with The Standard.

“It’s sort of a natural progression,” he said. “There are a lot of areas you can move into and specialize in."

“You have to be pretty inquisitive, not just stop at that first answer,” Nasset said of what makes a good worker in his field. “You have to do a lot of research, because as much as you learn in school, there’s tons out there you didn’t learn. There are still tons of systems out there that are 30-plus years old, and obviously we didn’t learn about those in school.”

Nasset advises students to “get involved with ISACA, those types of organizations, even while you’re in school. You make a lot of contacts and it definitely looks good on your resume. I’ve been on the (local ISACA) board for two years now and will probably do another two years. It opens doors.”