A person can learn a lot about the family business from behind a broom. Sweeping floors is how three generations of the Baker family got started at CRB Manufacturing, a precision CNC machining and metal stamping shop in Clackamas.

Running a multi-generation family business is challenging, says CRB owner and president Brian Baker. Each generation of the Baker family learns from the previous, with industry knowledge and an ethos for hard work handed down. And each generation renews the family business, taking great pride in making it their own, reflected in the 2019 award for Generational Development.

“It has been a great launching point,” says Turner Baker, Brian’s son and the fourth generation to work at CRB. 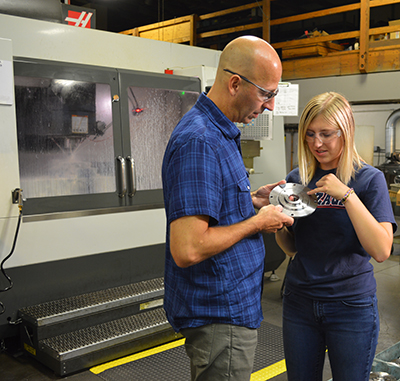 It’s too soon to say if the next generation will return to run the company. That’s also part of the family legacy, leaving open the option to pursue other interests. For Turner, that means working in medical device product development. His younger sister, Brooke, is a college freshman studying civil engineering. She thinks she might return to CRB someday.

“I can see myself taking over the family business with the knowledge I’m gaining at university,” Brooke says.

Whatever the future holds, each generation of the Baker family has gained confidence in their abilities, having grown up in the family business.

CRB are the initials of the company’s founder, Charles Robert Baker. He started the machine shop in 1948, after World War II. Brian’s grandfather did metal stamping from his home, making tools for other businesses. After several years, he moved the business to a shop. That’s where Brian’s father, Clyde, started working. Clyde swept the floors and followed his dad around to learn how to run the machines.

It was interesting to find out what everyone was doing. I wanted to learn every machine in the place and how to run it.

“It was interesting to find out what everyone was doing,” Clyde recalls. “I wanted to learn every machine in the place and how to run it.”CRB grew and moved to a larger shop in 1962. Clyde’s curiosity served him well as he took over running the company. He incorporated CRB in 1983 and set it on the path to earning International Standards Organization (ISO) certification.

Like his father, Brian also worked at CRB when he was growing up. When Brian returned to the family business after college, he brought knowledge that complemented Clyde’s technical know-how. Based on its reputation for quality work, CRB continued to grow. But the company wasn’t big enough to do the work Clyde wanted to take on.

With Brian’s assistance, Clyde struck a deal with another business that had contracts with Boeing, and acquired that business and its building. There was risk. But it paid dividends.

“It was big for us,” Clyde recalls. “I had to work hard to make that happen. But we did it, and it was really good. We’ve built the business from there.”

Having a larger facility was just the beginning. Brian worked to modernize the manufacturing processes.

“When I came in, I tried to look at how we can improve,” he says. “Most of the time, it meant investing in new equipment.” 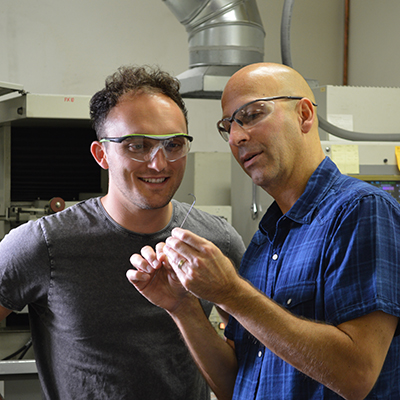 In 2010, Brian purchased CRB from Clyde. A year later, he asked his wife, Aimee, to join the company.

“I maybe oversold it a bit,” Brian laughs when he recalls how he offered his wife a part-time job.

Just like how each generation renewed CRB with its own energy and expertise, Aimee uses her professional experience in advertising, finance and manufacturing in her role as controller.

“Nobody is more dialed-in and more organized,” Brian says. “Bringing her on was the best decision.”

Having both parents working in the family business sets a good example for Turner and Brooke. The Bakers talk openly about business finances and goals.

“You get a clearer picture of what it’s like to be an adult, and not just that everything’s fine,” Turner says. “You understand problems and see how they work hard and overcome them.”

Brooke agrees, “It’s inspiring to see how far they’ve come with the ambition they have.”

Each generation of the Baker family has made sacrifices, taken risks, and embraced change. Now that Brian and Aimee are running the company, Clyde and his wife, Patty, who helped with bookkeeping at CRB, are enjoying retirement. 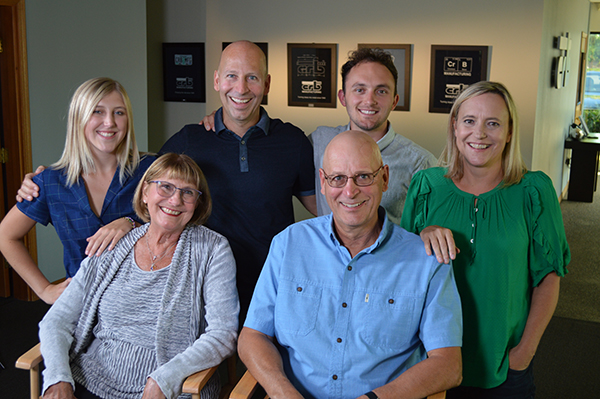