The Dean's Award for Family Business Leadership is given annually to a distinguished family business that exhibits excellence in business practices, a strong family focus, and a commitment to their community. Since 2008, eleven family businesses and individuals have been recognized for their leadership in these essential family business elements. 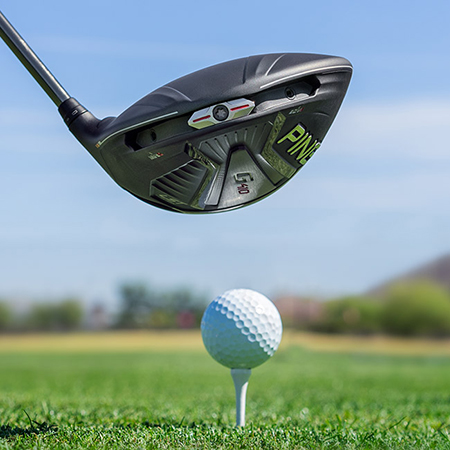 PING Golf parent company Karsten Manufacturing Corporation was founded in 1959 by a Norwegian immigrant, Karsten Solheim. Karsten, while employed at General Electric, used his after-work time to design a putter to improve his golf game. His prototype putter produced a unique “ping” that gave the product its name. Production continued in the garage on evenings and weekends with youngest son John A. Solheim helping build the putters and wife Louise handling customer orders, service, delivery, bookkeeping and sales. GE transferred Karsten to a facility in Phoenix and Karsten stayed with GE until 1967, the same year that professional golfer Julius Boros won a high-profile tournament using a PING putter. The subsequent orders for Karsten’s revolutionary putter required manufacturing to be moved out of the garage and into a small production facility in Phoenix, where building golf clubs finally became Karsten’s full time job.

As demand for PING clubs grew, all of Karsten and Louise’s children eventually joined, each bringing unique skills and abilities. In 1995, when Karsten was 83, his son John officially became president of the company after a unanimous board decision (including Karsten’s vote). John addressed challenges, significantly expanded the golf club product line, strengthened custom-fitting options, and oversaw growth while building on the foundation of innovation, quality and integrity established by Karsten and Louise. John involved the third generation early on. John’s oldest son John K. Solheim became president of the company in 2017, likewise following a unanimous board decision. Several family members hold key roles in the company.

Today this global privately-held enterprise employs more than 1,000 and exports products to about 100 countries. The Solheim Cup, founded in 1990, continues to showcase professional women’s golf at the international level. PING products are still designed, engineered and built at the company's manufacturing facility in Phoenix, Arizona. 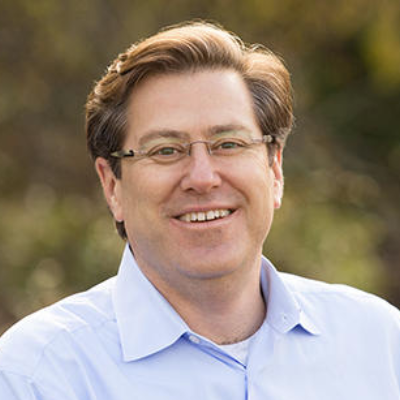 Port Blakely, founded in 1864, is guided by the Eddy family and builds on a deep history of thoughtful resource management and stewardship. The company sustainably manages forests in Washington, Oregon and New Zealand supplying countries around the world with hemlock and Douglas fir. Guided by the company value “tomorrow comes first” conservation is their highest priority.

The executive leadership transition to fourth generation René Ancinas was carefully planned and the Eddy Family Council exists to maintain the balance of family legacy and corporate innovation. Ancinas, a fourth-generation family member, became CEO in 2010 after serving as president and chief operating officer. He was a founding member and the first president of the Eddy Family Council. A trained clarinetist, with degrees from Oberlin Conservatory and the San Francisco Conservatory, Ancinas completed the Executive MBA program at the University of Washington before moving into his leadership role at Port Blakely.

The Zidell Companies have evolved through continual expansions and innovation since Sam Zidell first arrived in Oregon in 1912. Over the years Zidell family-owned companies have included machinery and supply, Tube Forgings of America, and ship building. In 1960 Zidell Marine Corporation was formed and became a pioneer in steel barge construction. In 2017, after producing 277 barges over 57 years, the barge manufacturing business closed to focus on real estate development on Portland's south waterfront. The fourth generation of family is embracing the opportunity to carry the legacy forward. 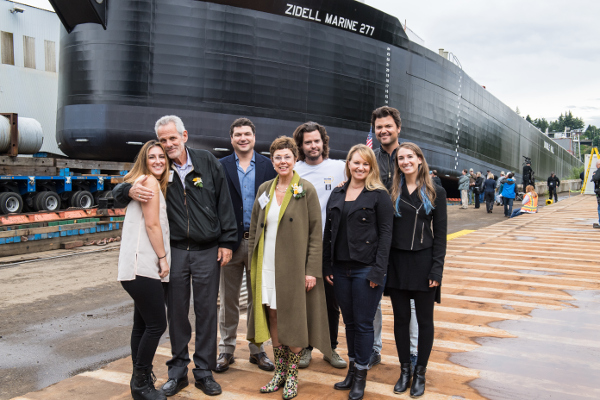 A self-starter Bill moved on from his first career at Acme Personnel Services to co-found Express Employment Professionals in 1983.  Today that business has grown to 600 offices in four countries. Bill is president of the Stoller Group, owning 23 Express offices in six western states, and Xenium, a human resources outsourcing company he founded in 2001. In 1993 he acquired the Stoller family ranch property and began to grow wine grapes. According to Bill, family business ownership is “a greater chance to build a sustainable company that can be run in the right way and not by the bottom line.” 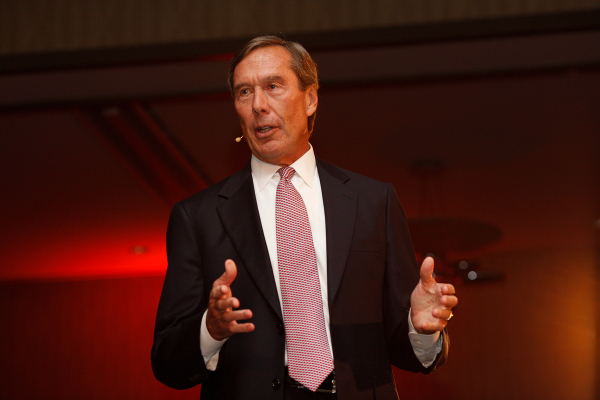 The Thomas Moisan Farm was officially established in 1842 in the fertile Willamette Valley by its namesake and former Hudson Bay Company employee Thomas Moisan. Today the remaining portion of the original 640-acre donation land claim remains agriculturally productive and managed by the 5th and 6th generation descendants of Thomas Moisan. 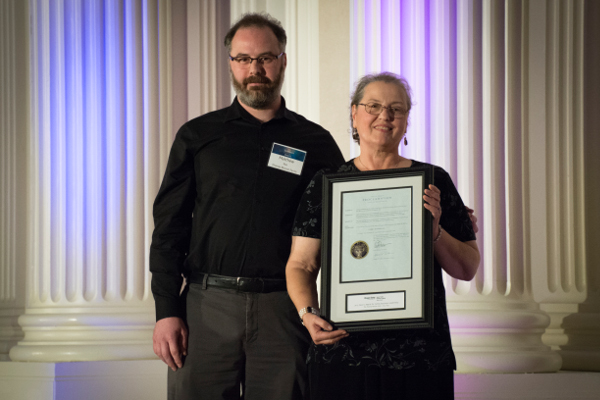 Bill and Karla started Stahlbush Island Farms as two energetic, young entrepreneurs. Both of them had grown up in a family business and knew the hard work that was required to be successful. Their mission to provide the highest quality food using environmentally sustainable practices has been the foundation for applying the business lessons they each learned growing up. 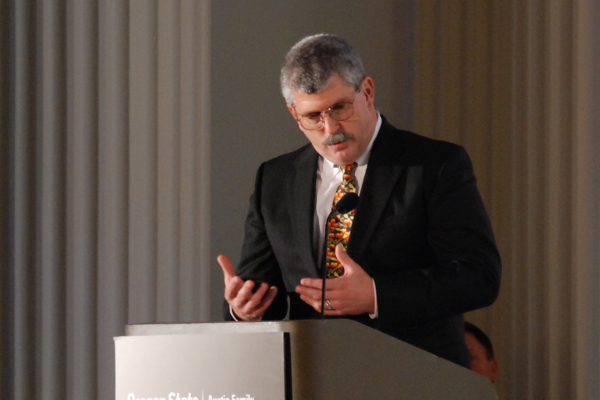 Eric Allyn is a fourth-generation member of the family that founded Welch Allyn, a company that manufactures and distributes medical instruments. Eric served in management roles throughout the company including Chairman of the Board. Eric has a passion for keeping family businesses competitive and serves the important role of nonfamily director on boards of family companies in the medical and pharmaceutical industries. 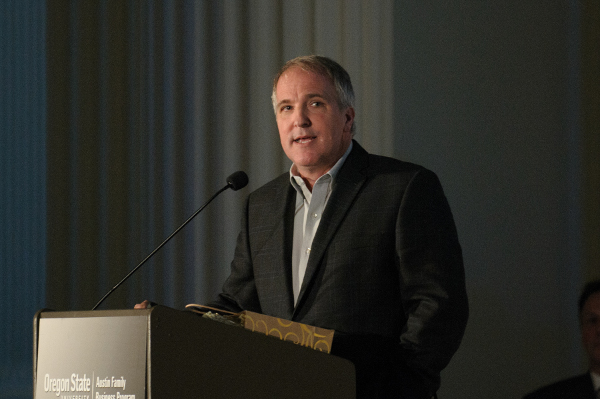 In 2012 the Atiyeh family celebrated 112 years of the founding vision of brothers Aziz and George. As a wholesale and retail distributor of hand-woven rugs, they also provide care and cleaning services to maintain these heirlooms. Through the generations, they have built an enduring commitment to civic leadership. 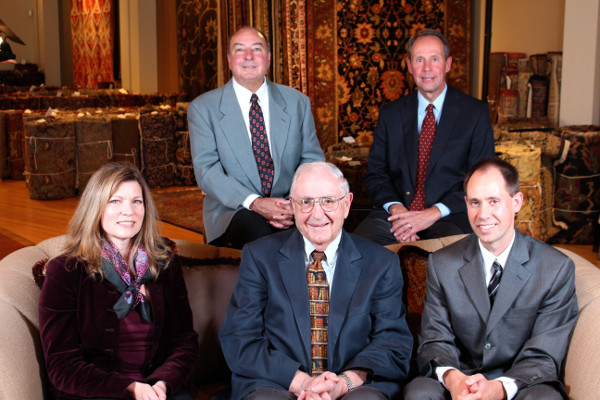 In 2011 the Starker family celebrated 75 years of the vision of founder T.J. Starker and a legacy of timberland regeneration and community involvement. As a fifth generation business, Starker Forests holds over 87,000 acres of forestland in Benton, Lane, Lincoln, Linn, and Polk counties.

Neil Kelly Company was recognized by the Austin Family Business Program in 1993 as a Medium Family Business of the Year. In 2010 they received the Dean's Award for Family Business Leadership to recognize second-generation owner Tom Kelly's long commitment to sustainability and community support. Tom's son, Garret, represents the third generation of family to work in the business. 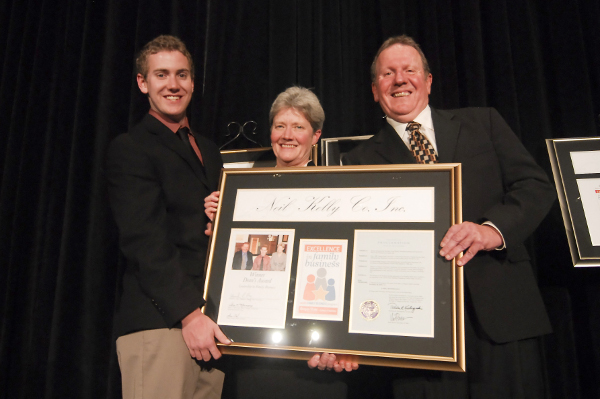 The R.B. Pamplin Corporation was honored for the strength and diversity of their business portfolio and the unmatched depth of their philanthropic mission. Robert B. Pamplin Jr. founded, with his father, a family enterprise that would grow to include textile mills, asphalt and concrete production, Christian bookstores, and the Pamplin Media Group with includes the Portland Tribune newspaper and two AM radio stations. 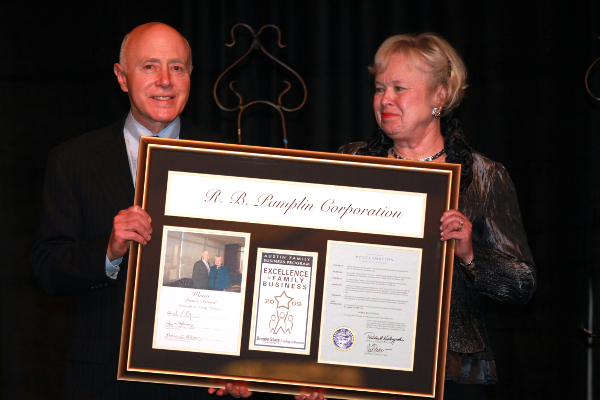 Reser's Fine Foods received the inaugural Dean's Award for Family Business Excellence in 2008. The Reser family has provided leadership to the family business community through excellence in business practices, a strong family focus, and unparalleled commitment to the communities in which they live and do business. 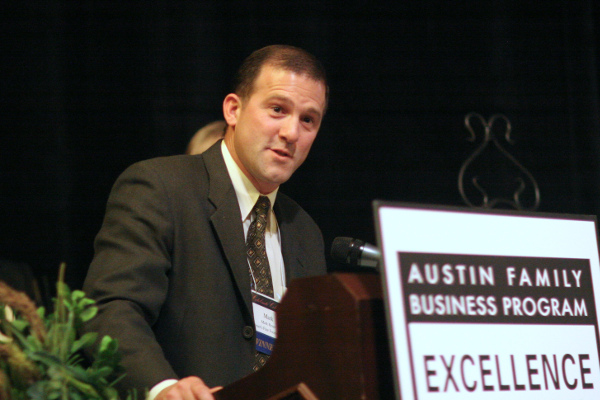